How to Grow Your eCommerce Brand with YouTube Advertising 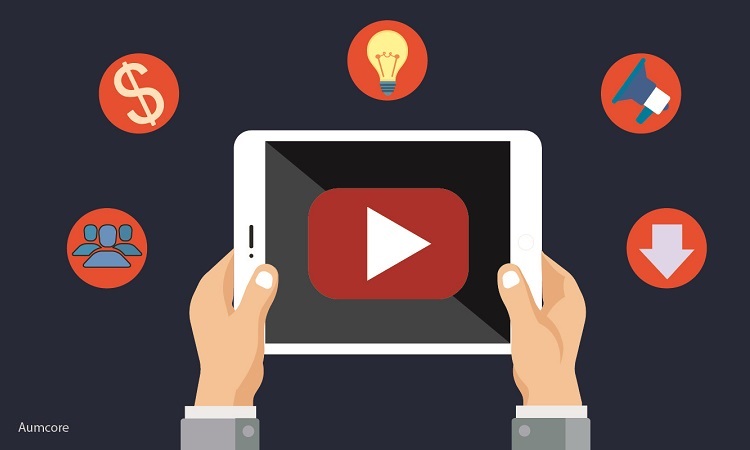 Do you remember when a bright picture evoked wonders in the mind; back when we were first introduced to the concept of the internet as a place where text wasn’t the only resident, but colorful digital images as well?

Maybe you do and maybe you don’t. The point is that the days when images reigned supreme are long gone. Do you know why? It’s simple, really. Whereas a picture is worth a thousand words, a video is worth a million.

It makes sense too—a video is a collection of images that come together to produce a literal moving image that captures attention and keeps it. A single image, unfortunately, does not. Sure, it may prevent someone from continuously scrolling on a page, but it’s not going to prompt them to turn that brief pause into a prolonged break in which they actually devote more than a modicum of their attention to what’s in front of them.

Video Marketing and Our Love for Video

Today, videos generate 1200% more social shares than text and images combined, and can increase organic search traffic by 157%. If that doesn’t grab your attention, maybe the fact that it’s estimated that video content will also account for 78% of the world’s mobile data traffic by the end of 2019 will. After all, people love video. For them—the users—it’s a chance to sit down, relax, and take it all in with minimal effort. Unlike text that needs to be read to be consumed, videos just need to be watched. For you—the brands—it drives engagement and helps you reach new customers. If you’re in eCommerce, it can help them drive sales. In fact, those who use video grow revenue 49% faster than non-video users, and an astonishing 46% of users act after viewing an ad.

Tip: Include video in your eCommerce content marketing strategy ASAP.

The question is, how do you make a video that’s so enjoyable that people actually want to take action because of it? For that answer, you’re going to have to wait a bit. For now, we’ll stick to where said video should be: YouTube, the second most popular search engine worldwide. With nearly two billion users logging in every month, YouTube for eCommerce is where it’s at for brands vying to capture their audience’s attention. Even better, YouTube is one of the best options for creating a cost-effective advertising campaign: 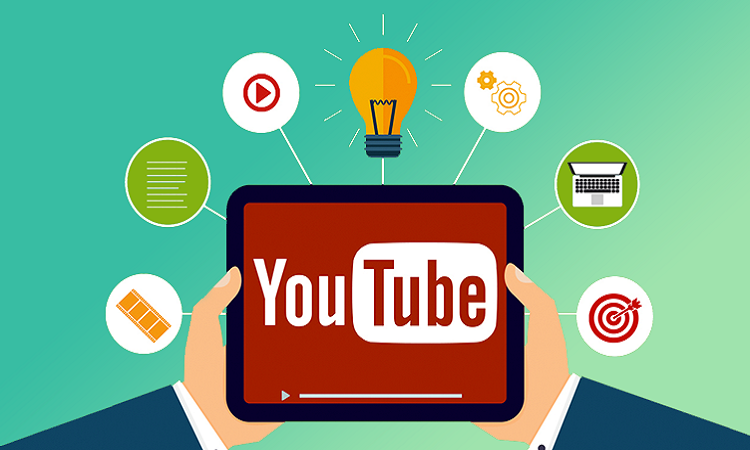 Because of its huge user base, YouTube is the perfect place for you to host your ads and expand your reach. Keep in mind that the two billion number doesn’t even include those who visit the site without logging in, so you also have that expanded audience to think about. Each time one of these people watches a video, you’re given a new chance to show them what you’re offering and influence their opinion. The best part is that you can improve your odds of doing this with advanced targeting options that allow you to show your ads only to those who are most likely to convert after seeing them. For example, if you sell luxury shoes for women, your YouTube shopping ads will only be shown to qualifying leads like women above a certain age who can actually afford them, and who have been searching for similar items.

Apart from these targeting options, you also have a couple of different YouTube ad types at your disposal. Let’s take a look at them.

TrueView Ads are one of the best ad types because their placement isn’t restricted to YouTube; they’re shown on the Google Display Network as well. If you’re using the Standard TrueView Ads, you’ll only be charged if a user watches 30 seconds of your YouTube ad or the whole thing (whichever is shorter). If you get them to act, that is if you get them to engage with your ad by clicking on a link, you’ll be charged as well.

Within TrueView Ads, you also have two subcategories of ads: in-Stream and discovery ads. TrueView in-stream ads can play before, during or after a video, but are skippable after five seconds. But, like we just covered, you won’t be charged if they decide to skip it. These ads also include an overlaying text call-to-action (CTA) you can personalize to best fit your message, so make it count. TrueView discovery ads, on the other hand, appear alongside other YouTube videos, in YouTube search pages, or on websites on the Google Display Network that match your target audience. You’ll pay only when a viewer chooses to watch your video by clicking on the ad, regardless of how long they end up watching it. This ad type is good for those who want to make sure that their ad won’t be immediately skipped, as it actually has to be clicked on to be watched.

Pre-Roll Ads don’t allow viewers to skip them, and can also appear before, during—if the video is 10 minutes or longer—or after a video. These can last up to 20 seconds, but are usually about 15, and will be charged per ad view. You can also set up overlaying CTAs and companion banner ads that run next to your video and stay after your ad runs, which gives you more time for your audience to take action.

Like Pre-Roll Ads, Bumper Ads are non-skippable and will cost you every time they are shown. Shorter than the rest—these ads can only be six seconds long—they will play directly before a video is shown on YouTube, making them excellent for brand awareness.

Now that we’ve covered some of the basics of YouTube eCommerce marketing, let’s move onto eCommerce content marketing examples of YouTube ads that worked, and why they worked so well. More specifically, we’re going to talk about three of the top 10 ads from YouTube’s Global year-end 2018 ads leaderboard.

1) YouTube Music: Open the world of music. It's all here.

Beginning with one of YouTube’s very own ads, Open the world of music. It's all here. Introduced viewers to the world of YouTube Music. Starting with the Beatles’ immediately recognizable introduction of  "Come Together," the ad demonstrates that music is more than just sound, it’s what your mind and body demands; it’s an inspiration, the way you feel and a voice for change.

This ad works so well because it combines iconic moments of music’s history throughout the years—moments that move you—and asserts that they all come together in one place: the new YouTube Music app. By promising to provide the rest of the story you can't find anywhere else, this ad shows off what YouTube Music can do, and what you can do with it.

Nike’s Dream Crazy ad begins with a monologue about dreams and pursuing them. As they say, “don’t picture yourself wearing OBJ’s jersey; picture OBJ wearing yours.” The ad works because it leans heavily on self-inspiration, which just so happens to be captured by their famous motto: Just do it. It also shows off how those who not only dreamed, but dreamed crazy dreams and still achieved them, had Nike alongside them all along.

Finally, let’s turn to Turkish Airlines and The LEGO Movie Characters present: Safety Video, an ad featuring the characters from The Lego Movie to present their safety video. In doing so, they turned a normally bland and boring experience into a fun one that is actually pleasant to watch, which does wonders for engagement. This is especially true for younger audiences, who normally have even less incentive to watch safety videos.

The importance of content in eCommerce cannot be understated, especially video content that works so well for the audiences of today. Even more, recent tech trends like the rise of smart speakers like the Amazon Alexa and Google Home lines, which pair speakers with screens, have led to an increased consumption of video content, which means that you have even more chances to influence them.

Social Media for Business Owners: You Must Do These 13 Things
Social media can be overwhelming, especially for business owners trying to grow their businesses. It's hard to know where to start regarding social media — and it’s even harder to keep up with the ...
Read More
10 Steps To Create a Social Media Strategy for Your Business
People often ask about social media marketing and whether their business needs to build an online presence. Usually, the question is posed by someone who only sees social media as an evolving fad ...
Read More
How to Start Social Selling for Your Online Business
Social media has taken this world by storm. As of 2022, the average daily time spent on social media by internet users worldwide was 147 minutes, according to Statista. Your business needs a strong ...
Read More